The History of the C-54 Agustin Melgar 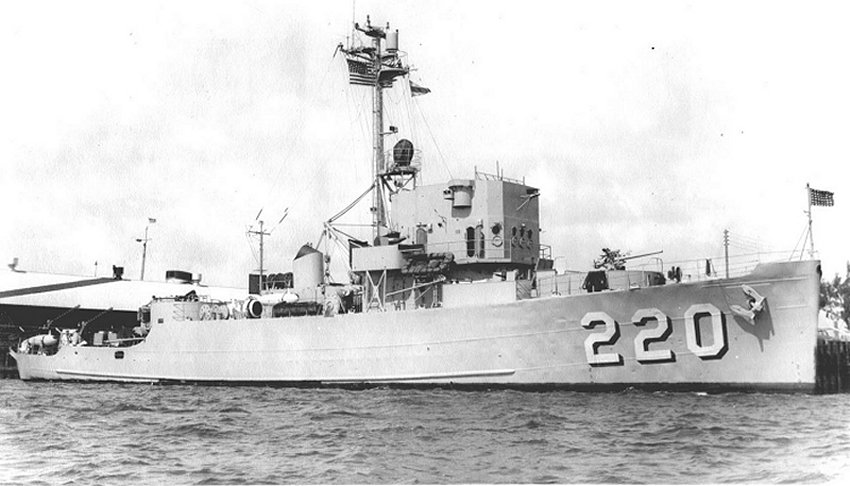 As we know, Loreto Bay National Park contains many treasures and natural wonders. It also has several sunken vessels in its waters, but these are not very well known nor documented yet. Maybe the most emblematic wreck within the Park limits is the C-54 Agustin Melgar, and old minesweeper sunken in 2000 south of Puerto Escondido.

The ship was sunken on purpose in order to create an artificial reef and attraction for divers. The dive itself is great fun: 18 years after the sinking, the boat counts with a nice coral cover and a healthy population of local fish. She sits on 80 feet of water over a sandy bottom. The C-54 measures 185 feet in length and 33 feet beam. Whoever has dove it can tell that it is and incredible dive site with tons to see. We also believe is one of the most unknown, underrated wreck dives in the entire Sea of Cortez! Almost nobody knows the history of the old vessel…You better sit down because you might have been diving inside an unvaluable piece of history!

The US Navy Career 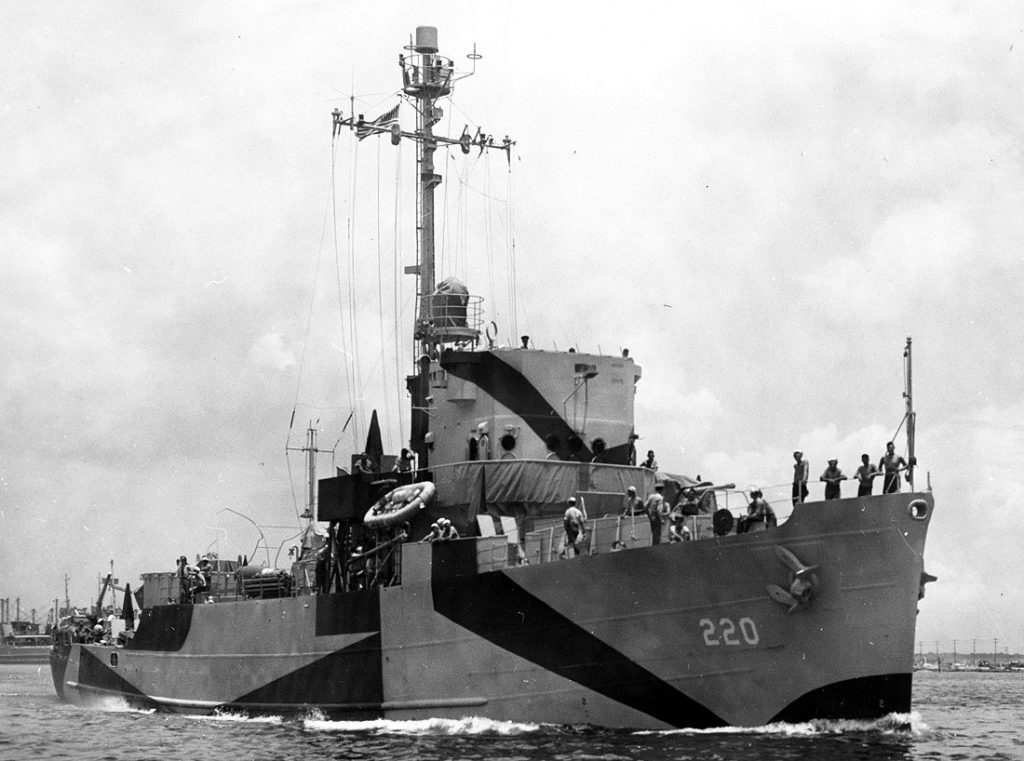 The AM 220 on one of her first days at sea. Photo credit: Navsource

The ship was built in Tampa, Florida in 1944 under the name of USS Device AM-220. After the initial training manouvers in the Panama Canal Zone, the AM-220 sailed to Pearl Harbor, where she served as escort vessel to other ships and convoys. Towards the end of 1944, the ship sailed to Palau, where she served as harbor control vessel and patrolled the archipelago. On January of 1945, the AM-220 resumed her duty as escort and traveled to Kossol Roads, Manus, Ulithi, Guam, Saipan, Philippines and lastly, the island of Okinawa, where she scorted several war cargo and assault ships.

It was there, in Okinawa, where the AM-220 and her crew experienced the most dramatic and heroic episodes of their lifes. On April 6th, the warship USS Mullany was stricken by kamikaze attacks, and the ship inevitably crashed. Some of the loads exploded and those who survived were casted to the sea. The AM-220 promptly came to help and rescued 16 survivors. The next few days, she helped to extinguish the fires on other ships that were stricken by shore gunfire, and rescued another 21 survivors from two vessels that were struck by deep mines.

Our heroic boat kept sweeping mines around the Far East for the rest of the year, supporting the operation of the US 3rd Fleet against Japan. Eventually, the vessel returned to Pearl Harbor, finally sailing home on June 1946 where she was awarded with 3 battle starts for its service during the World War II.

In 1950 , the USS Device AM-220 was recommissioned and mostly served as  training vessel along the East Coast, the Caribbean and Canada. In 1955 she was reclassified as MSF-220 and in 1962 the ship was sold to Mexico. 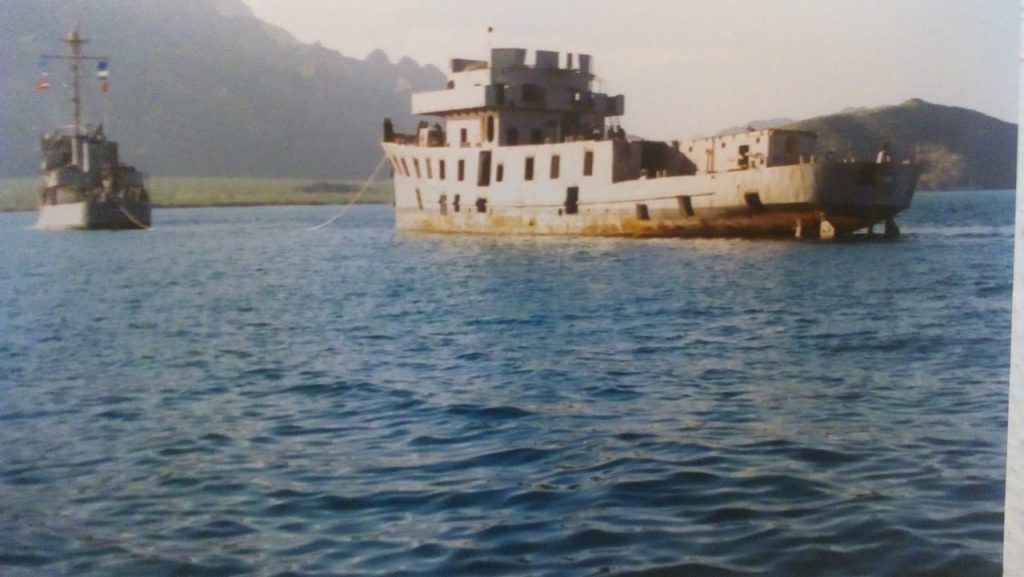 The C54 the dat of the sinking. Photo credit: Liberto Arbos

The former USS Device was acquired by the Mexican Navy in October 1962 and renamed ARM DM-11 (E-1). In 1994, she was renamed ARM Cadete Agustín Melgar (C-54). In 2000, the ship was prepared for sinking, and she went down south of the Puerto Escondido area, within the Loreto Bay National Park. She rests there since then, being still mostly unknown to the diving community. Maybe, after having read this article, we start diving this wreck with different eyes, and maybe we start giving this boat the recognition she deserves. We are diving in history.

The following video was taken diving the wreck of the C-54: