The discovery of the Albino Garden 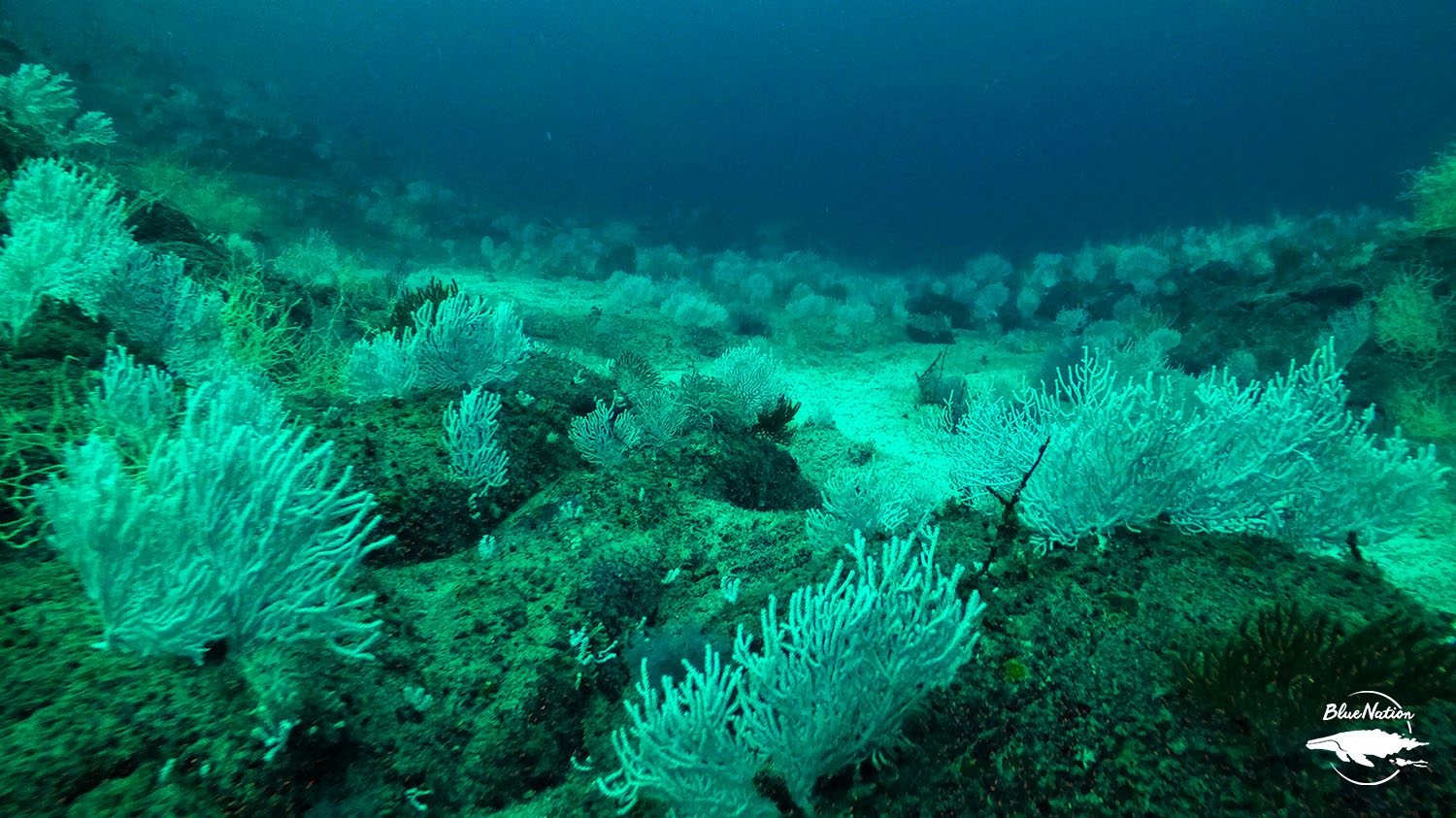 On early February, the UW Exploration Club took off to once another technical diving exploration in the deep reef system known as Mount Eden. In the past, the survey dives done in that reef were focused on the main topographic structure. In one of our last dives, we could describe the seamount as a twin-peak system that ranged from 128 feet to 200 feet. The reef has been greately documented yet, but other deeper dives must be done to cover the last deeper bit. 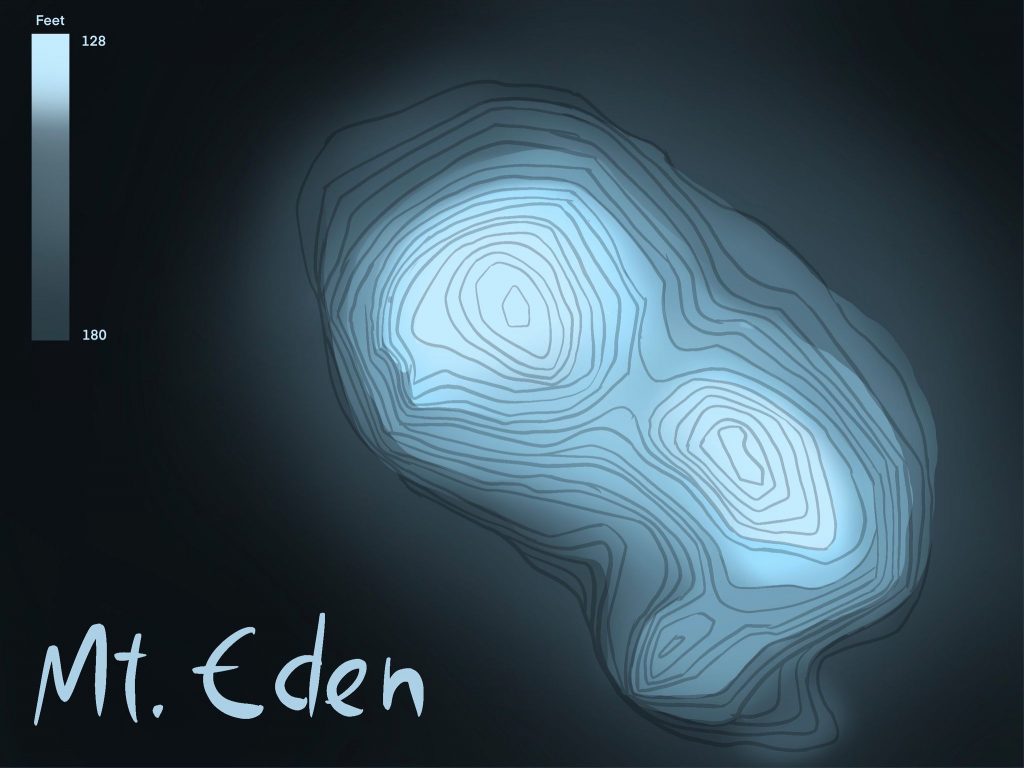 It’s worth mentioning that this was the first winter dive we have done in Mt. Eden, and the observations of this session would be key to complete the seasonal data we already had of this site. As expected, we found a great number of yellowtails that were schooling around the topside. The typical reef fauna was there, including big numbers of king angelfish and cortez damselfish. Guitafish and cortez round rays were present in abundance and their numbers seem to be stable through the year. We couldn’t spot any hammerheads this time, but they were replaced by mexican hornsharks, a species we have never seen here before, but that we were expecting this time around. We also managed to spot a couple of cowhead rays gliding about.

But the biggest surprise and greater finding came in the next exploration dive we did in February the 9th. This time we wanted to survey another mount in the same general area as Mt. Eden and that seemed to be part of the same reef system. In this case, it was a single-peak mount with simillar depth range, from 135 feet (41 meters) down to 200 fett (60 meters).

Contrarily to what we initially believed, the mount was not a solid rocky outcrop but a system of crests and smaller peaks. The reef was fully covered with coral. The usual black coral types were present in great abundance, plus the same small white sea rods that we also found in Mt. Eden. The great surprise came a bit later, around the deeper section of the reef were the substrate became flatter: a huge forest of white coral of an species we have never seen before. 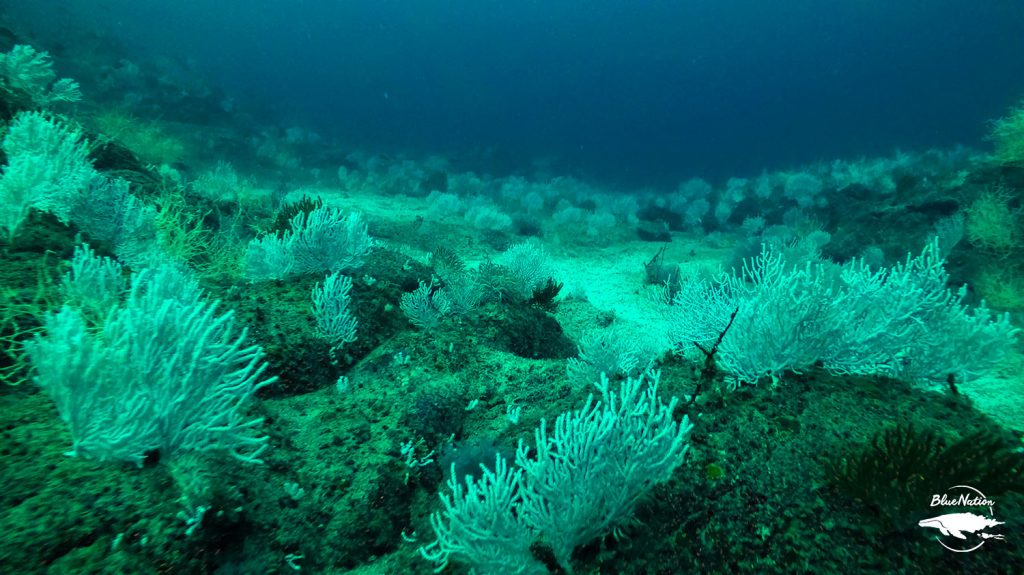 Most of these albino coral resemble to those of the Muricea and Leptogorgia  family that are common in the shallower reefs around Loreto and, as a matter fo fact, some of the known typical Muricea coral such as Muricea plantaginea were found mingled in between the wite colonies. Other observed species were also new to us and await identification.

The reef seems to have very distinctive portions where there is always a dominant coral species, be it Antipathes galapagensis (yellow polyp black coral) , Myriopathes panamensis (white polyp black coral) or this new white “Muricea”. 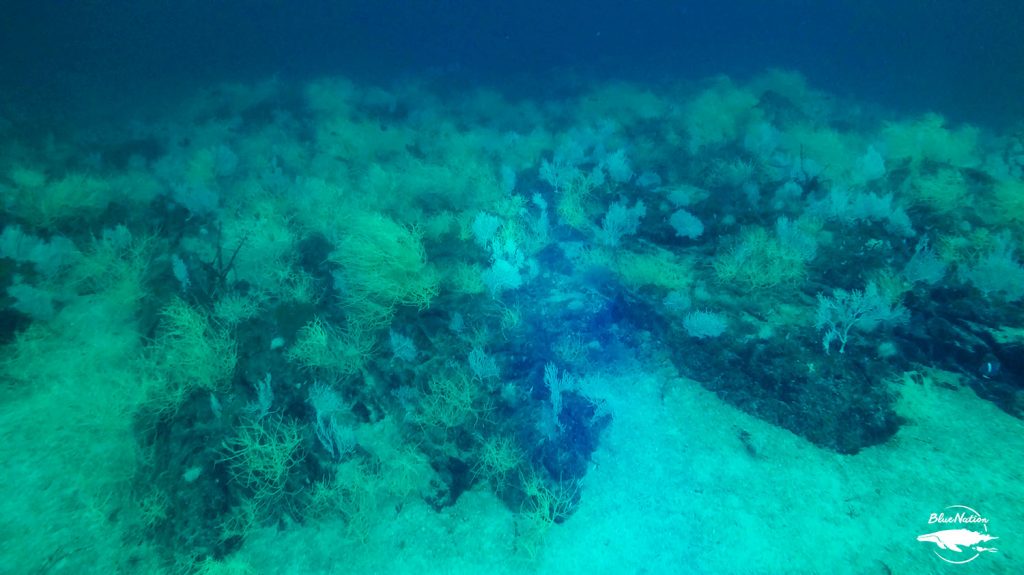 A portion of the reef dominated by Antipathes galapagensis, with some white coral mingling 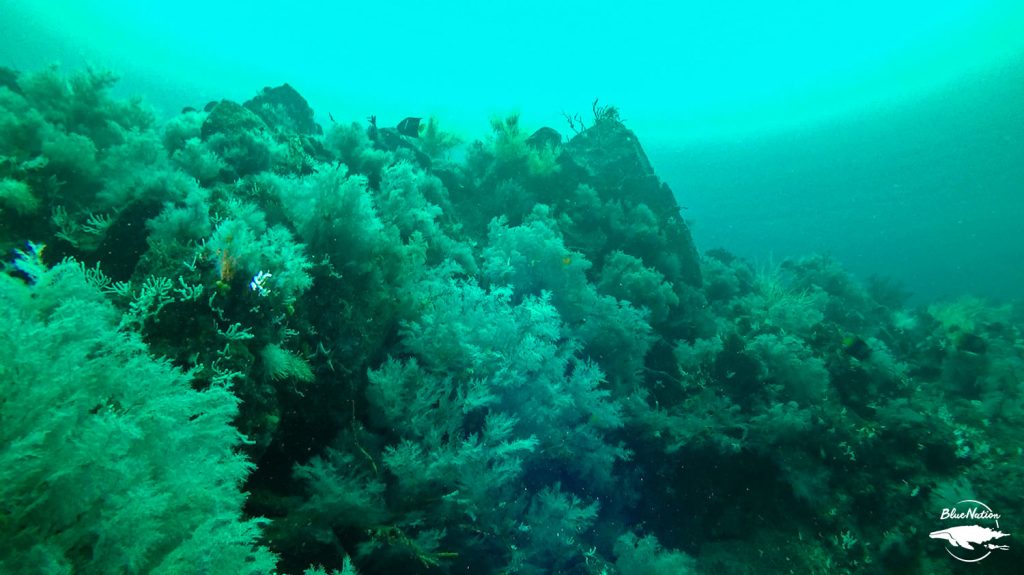 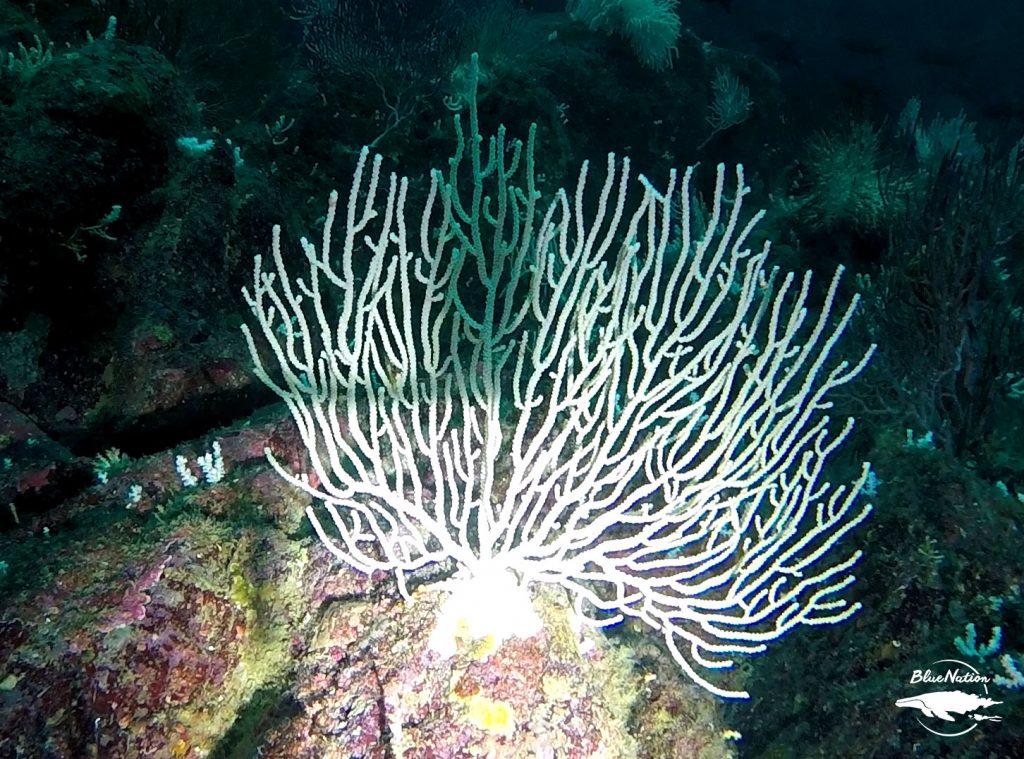 The unidentified new species of white coral. Seemingly a Muricea

Besides the coral, other species were observed, like great numbers of pacific creole wrasse (Paranthias colonus), king anglefish (Holacanthus passer) and a number of breams. Rays were always present in great numbers like in Mt. Eden, including the cortez round rays (Urobatis maculatus) and guitarfish (Zapteryx exasperata). We also encounter a swell shark (Cephaloscyllium ventriosum) that appeared to be in distress. Turns out the shark was caught in a fishing line and had bitten a hook. We managed to rescue the little fellow by cutting of the line. 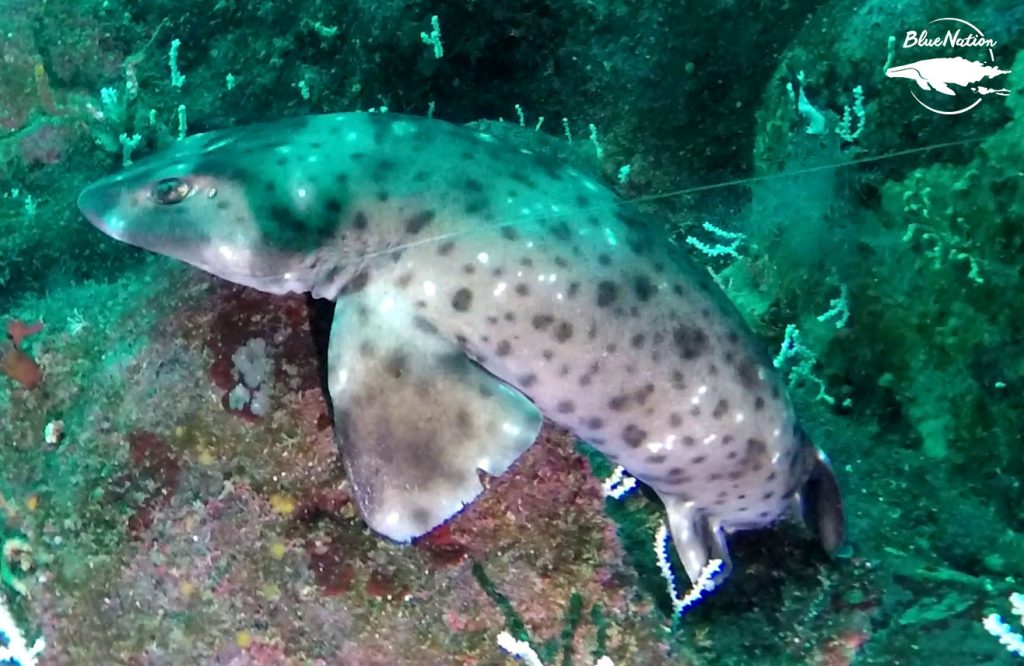 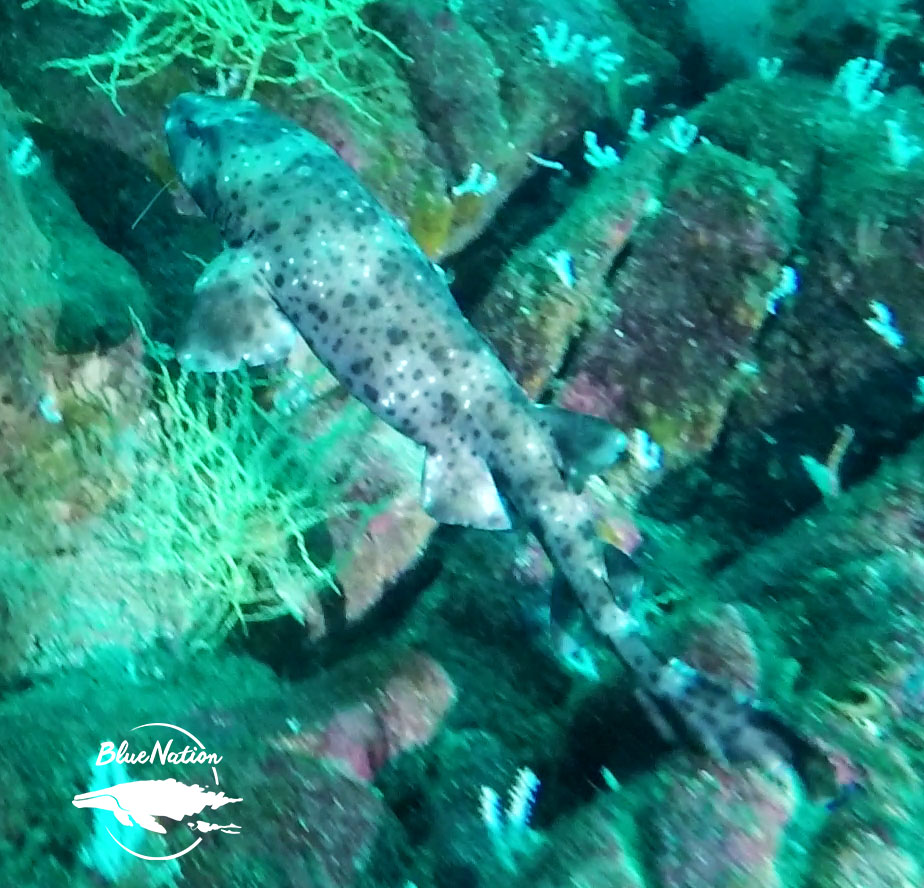 The following dives could aim to a number of goals, ranging from the full deep survey of the new mount, taking samples for ID, or connecting this new mount to the Mt. Eden reef system.