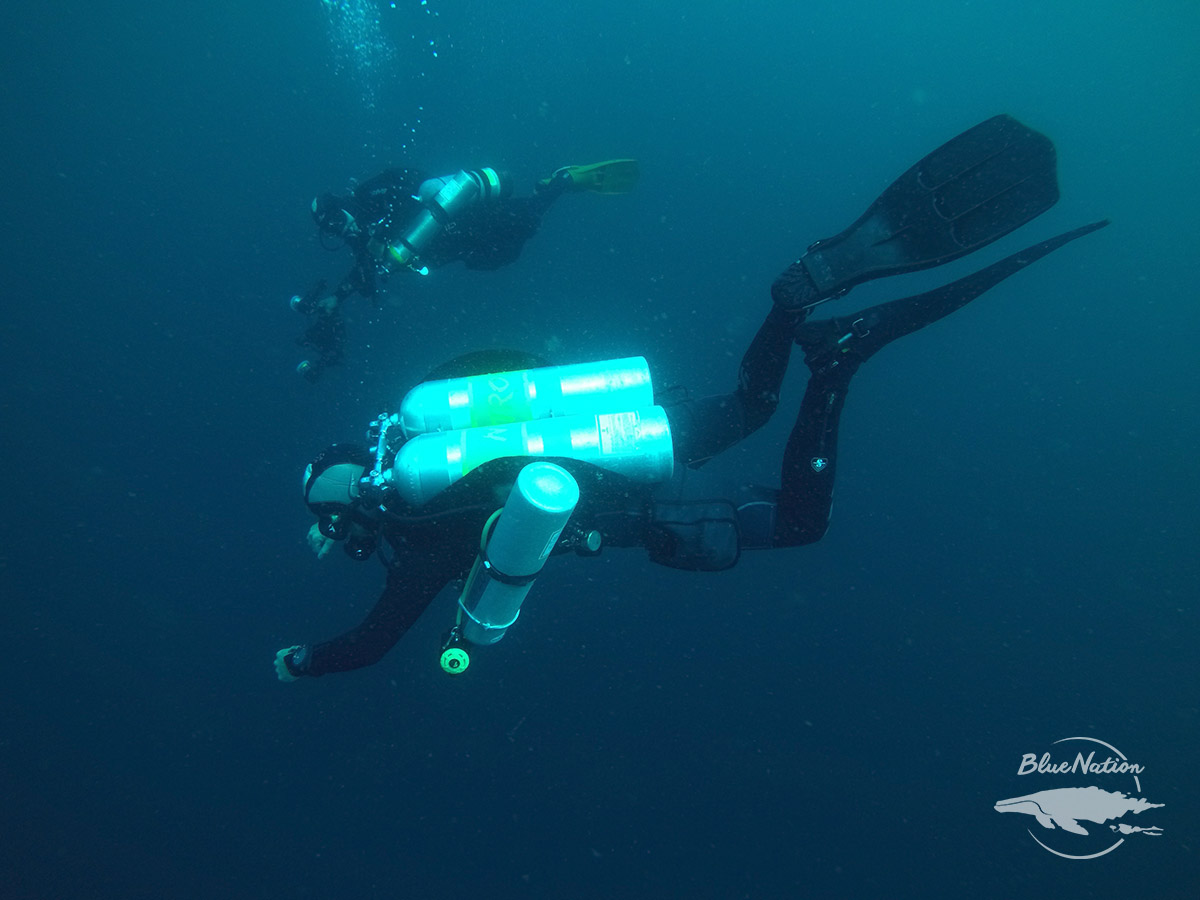 One year has passed since the initial survey of this deep mount, located north of Loreto, outside the boundaries of the Loreto Bay National Park. The general area is popular among fishermen as a variety of game fish can be found. Our original scouting dive in September 2018 showed an overwhelming amount of biomass, both in fish and coral. The isolated location of the mount has made this spot a pelagic feeding station for species like amberjacks (seriola rivoliana) or yellowfin (seriola lalandi).

This time we decided to survey the mount a bit further in December, hoping to see other pelagics feeding, in particlar, sharks. We were successful and we could document several hammerheads prowling the reef (particular species yet to be confirmed).

The goals of this dive were:

1- To document the mount in the range of 130-150 ft and elaborate a rough sketch of the top-side of the reef in order to be able to design a profile for a deeper survey and elaborate a more concrete map of the sea mount.

2- To document the state of the reef.

3- To document present species and collect data to find out more about their seasons.

According to the information gathered after the dive, we now know that:

1- We didn’t manage to cover the entire surface of the top of the mount. The structure is quite large and it appears to drop below the 180 ft, possibly more.

2- The reef is apparently fully (and exclusively) covered on black coral of different types (Antipathes). There is sadly a lot of fishing line littering the bottom, although the reef seems to be healthy. The coral forest seems to extend towards the deep section of the mount. Further survey is needed to asses the total extension of this forest, but seems to be one of the largest in the Loreto area.

3- In this occassion, we didn’t observe those amberjacks (seriolas) that were so common in September. We observed a generous amounts of yellowtail instead hunting mid-water. This seems to match the general season in the area. We spotted a few hammerheads prowling around the top-side of the mount, really close to the reef. We suspect we will found larger numbers as the winter advances, according to their general season in the Gulf. More surveys are required in the range of 130-200 ft. We observed an overwhelming amount of king angelfish (Holocanthus passer), cortez damselfish (Stegastes rectifraenum) and pacific creole wrasse (Paranthias colonus), possibly the largest condensation of them even considering the Nationa Park. There was a good amount of cortez round rays (Urolophus maculatus) which was consistent with our previous survey.

The observations are promising. This is probably the reef with more biomass we have encountered so far in the area, and has the potential to become the primary hammerhead hang-out place in the area and a world class technical diving spot..

Thanks to all for this succesful survey! Getting ready for the next one.

Some pictures below, video coming soon. 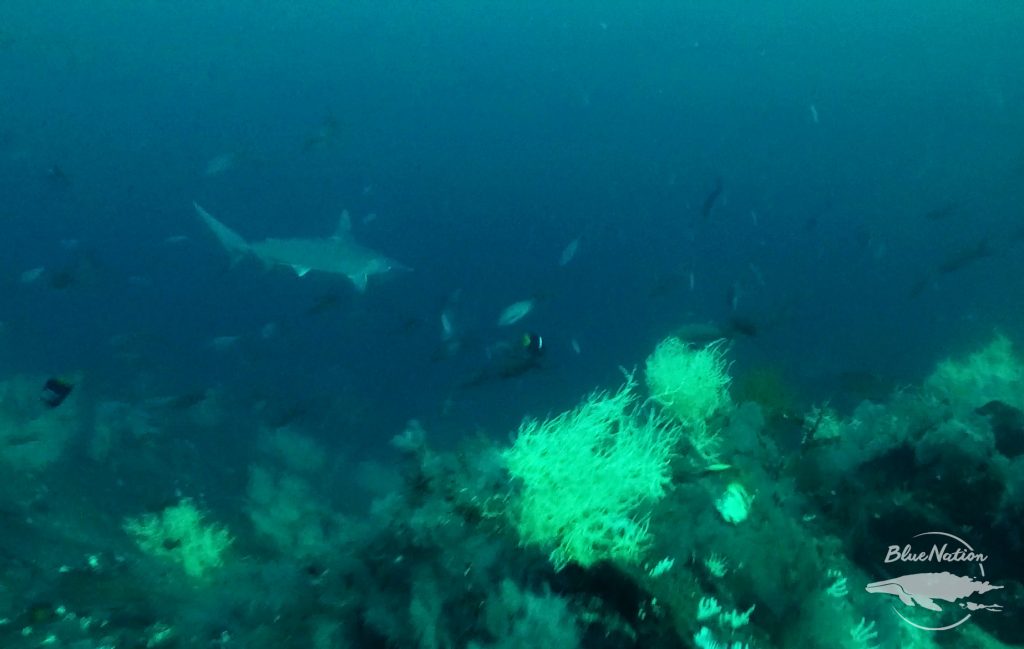 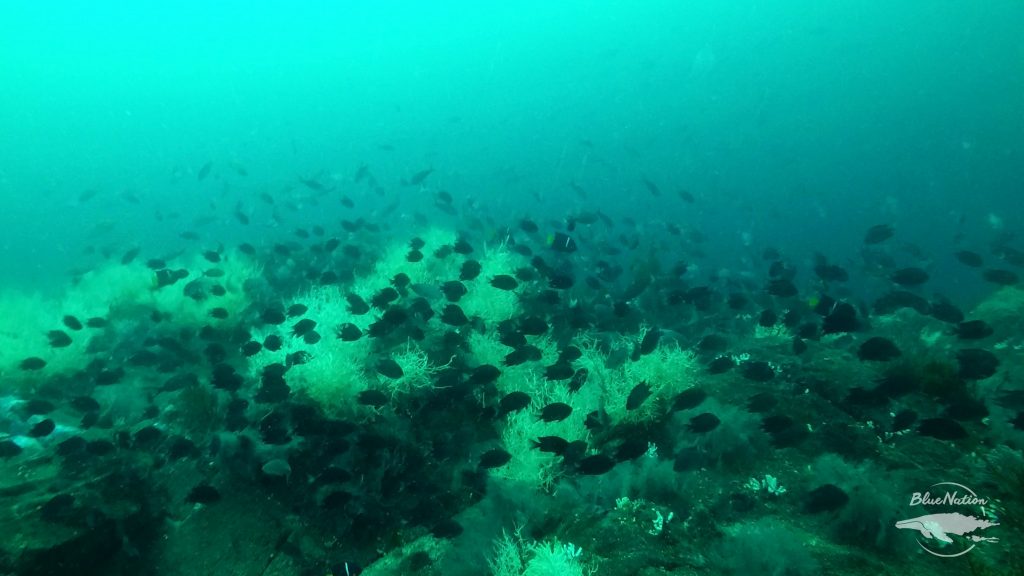 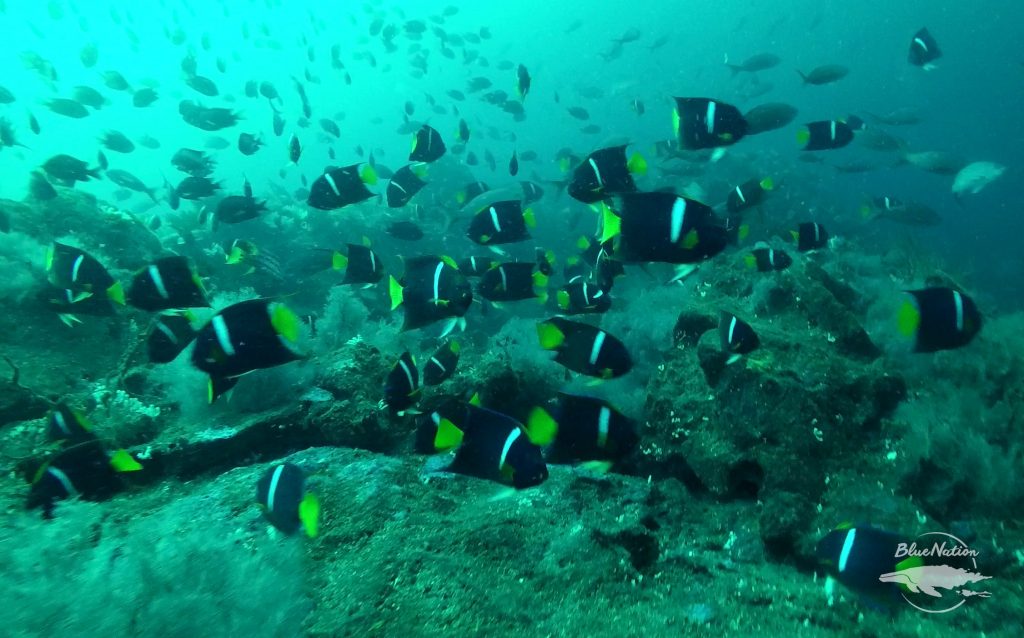 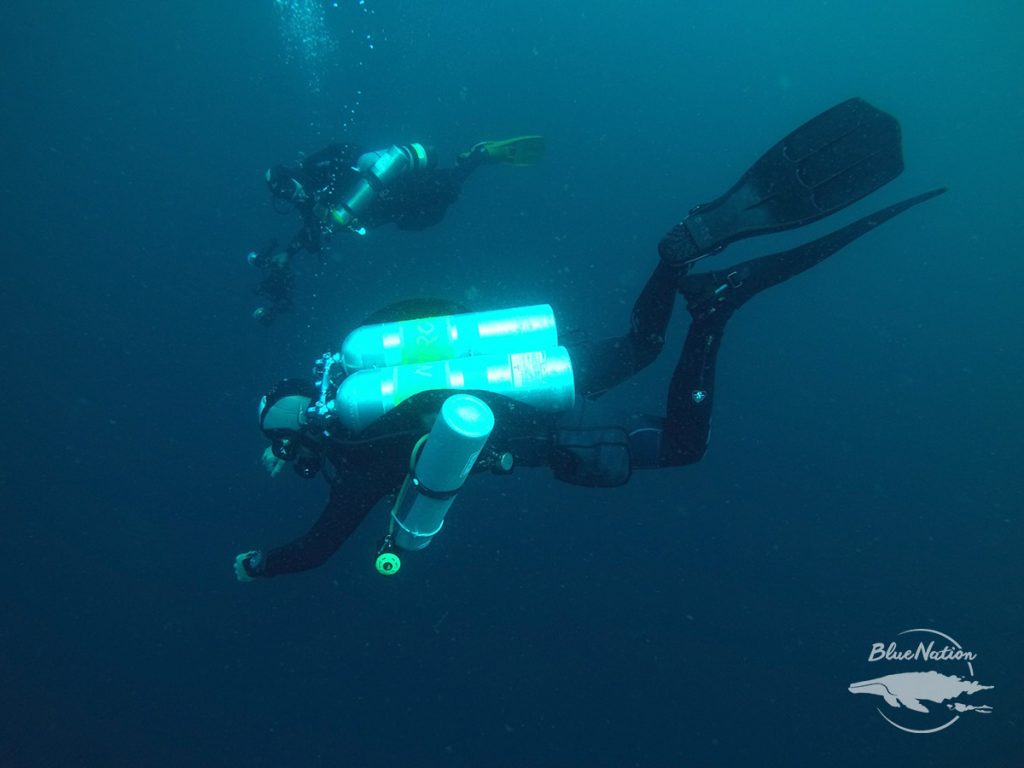 Bob and Yago during decompression stop 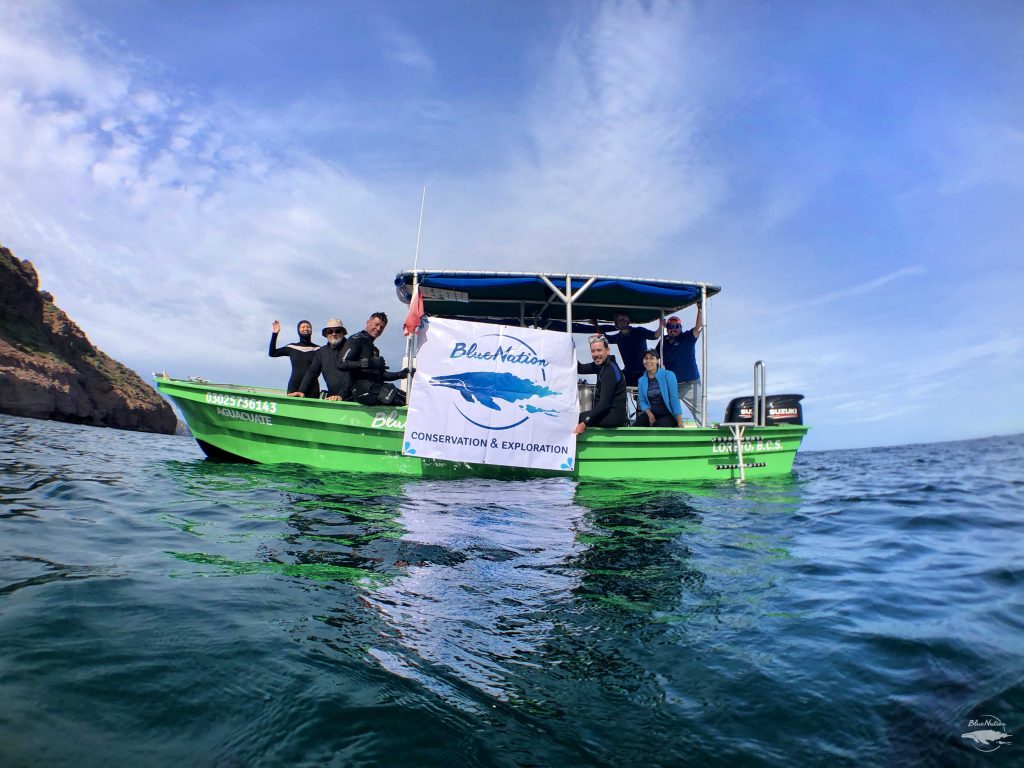