A new divesite! The Huarache Reef 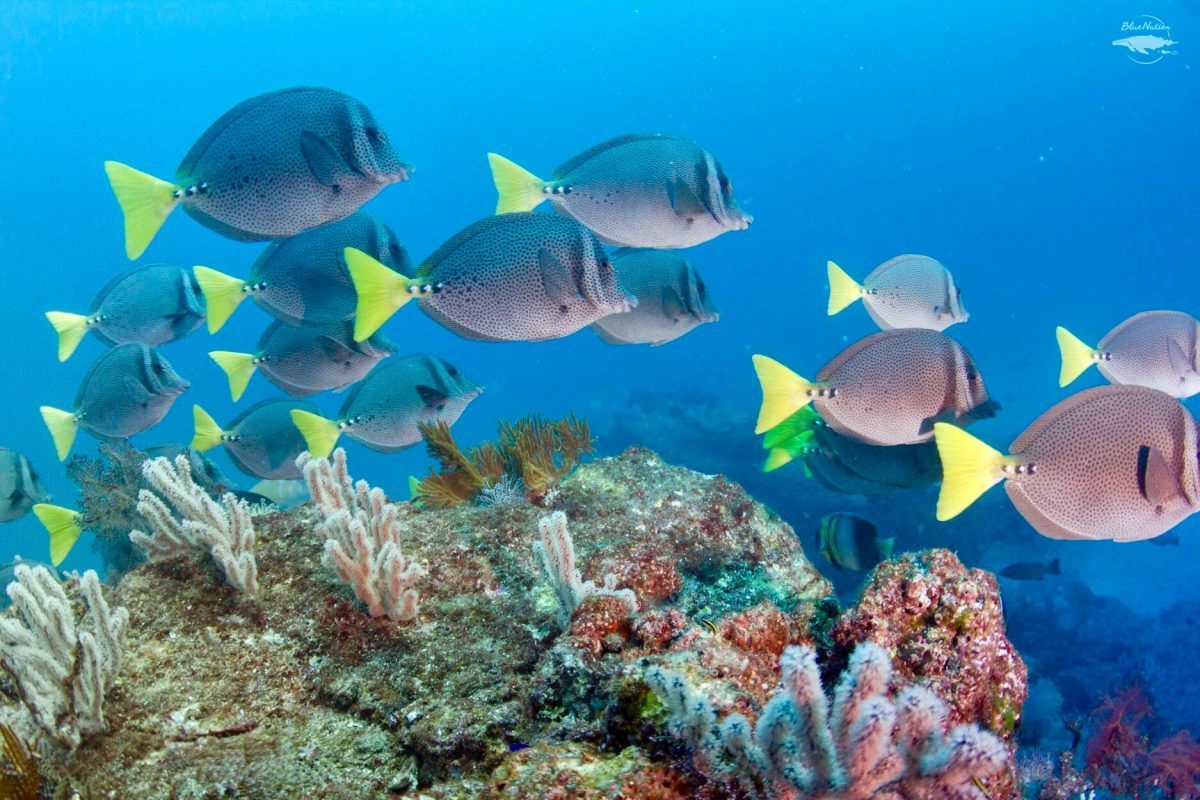 A few days ago we headed towards the San Bruno area, around 45 minutes boat ride north of Loreto. The area is well known to us for being one of the most spectacular sites for tech diving. The excellent Mt. Eden and Albino Garden are there, and its biological importance becomes more and more releveant as we keep exploring it.

In this occasion, our mission was to take a few samples of an unidentified species of coral (outside the National Park) , presumably an unknown type of deep, white muricea, for our biologist colleagues. The plan is to run a DNA test that could lead into its proper taxonomy.

The dive developed uneventfully and the samples were extracted faster than expected. All the sudden we found ourselves with some spare time, so as it is usual with us, we decided to do some exploring in the area as there were several leads to possible reefs nearby.

We scanned and dove in 3 new places, but 2 of them turned out to be somewhat disappointing: they were either to narrow and area to make a decent dive, or were sort of depleted of reef life.

The third one thou, was a different story. This new reef lies roughly under one kilometer off the coast, in the middle of the sea. The depth-finder revealed an elongated reef in the range of 30 to 60 feet of depth, with some interesting topography. It was worth inspecting, so we geared up and jumped into the water.

The reef was gorgeous. Initially it seemed to consist in a main mound and a few long canyons along the sides. The topside of the reef is fully covered with coral, in particular Muricea and Pacifigorgia corals, all in great health. Schools of surgeonfish, parrotfish and butterflyfish roam free in great abundance. We also saw a couple of guitar rays and some queen triggerfish. The sandy bottom is equally interesting: we could find several Janaria hermit crabs, shrimps and garden eels.

This area is well known by its strong tidal currents and upwells. This would likely explain the massive coral cover. The location of the reef, reasonably far from the coast, makes this place an isolated oasis of shelter and food, great for fish life. We expect to see large aggregations of fish here in future expeditions, as we have seen in other lonely reefs in the area.

Visibility was not great this time, but we had the chance to dive around most of the main structure, which shape seems to be long. Because this, and because the topside is sprinkled with abundant coral, we decided to name this reef “Huarache”, due its resemblance to the famous mexican dish (long flat bread, the reef, with abundant toppings, the coral).

Check the video below!